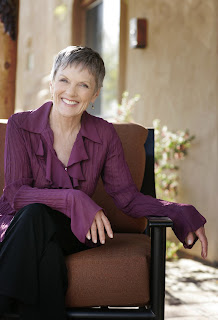 An awful thing happened last month. I was in a car accident. Thank God and Toyota I wasn't hurt and neither was anyone else, but it rocked my world just the same.

I was on my way home from a Society of Southwest Authors meeting at the Poisoned Pen Bookstore in Phoenix. Picture this - Saturday afternoon in downtown Phoenix, on torn up Seventh Street right in the middle of the light rail construction. (Who voted for that anyway? I don't know anyone who did.)

The street was blocked and I was detoured off onto a thoroughfare I didn't know to a part of town I'd never been before. I was going slower than the other cars - those drivers undoubtedly more familiar with the area than I - looking for something I recognized. With my turn signal on, and after checking my mirrors, I gradually moved over into the left hand lane when a car barreled into me. He hit me so hard, he pushed me ahead and through an intersection!

Never saw him! I swear he came out of nowhere! In retrospect, I'm pretty sure he came up fast behind me, and impatient with my slowness and not noticing my turn signal, attempted to pass me at the same time I was changing lanes.

So, I was without a car for several weeks and must admit I was traumatized. By the third week, my stress was palpable, but along with it came a twinge of guilt that I was so emotionally attached to a material object. The guilt was momentary, though, because it occurred to me that my car was more than a giant hunk of steel, rubber and plastic. In reality, my car was my security. My safety. My escape from whatever unnamed danger might arise – severe storm, terrorist attack, any natural or man-made disaster. It's an SUV, sturdy and safe. Four wheel drive to take me far into the low desert or over the most rugged mountain pass. Big enough to live in if I had to!

You can see how distressed I was.

This is awful, CC. But I'm glad you weren't hurt.
On an entirely different note, (thank goodness), you've been tagged: http://kathrynekennedy.com/blog.html