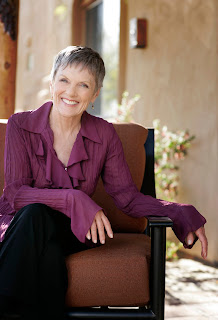 Almost everyone I know is talking about it - that powerful Olympic opening ceremony in Beijing. Wasn't it amazing? I don't know which part I liked best - the fireworks footprints walking to the Bird's Nest Stadium, the 2000 ancient drum percussion light show, the calligraphy dancers, the dancers with the electric suits, or the airwalkers around the globe!

My daughter called me first thing the next morning to talk about it. I'm STILL thinking about it. Thankfully she Tivoed it so we can watch it again.

I love to see the athletes march in, too, with their big smiles, their eyes sparkling with excitment and anticipation, their spirits so full of hope. And I'm always amazed to see countries I never knew existed. I swear they didn't exist the last Olympics. I guess I have to study up on my world geography.

And aren't those athletes good looking? Every one of them is absolutely gorgeous. That really speaks to the benefits of a healthy lifestyle of exercise and eating well. There's a special place in my heart for those little countries who only send one or two athletes. I always hope they do well.

I make a point to try to watch the events people don't normally pay attention to. I watched the women's fencing - wow! that sabre event was fast and exciting. I watched the rowing, the badminton, the women's beach volleyball - they said that last one is one of the most watched sports. And I know I won't get through this Olympics without shedding some tears. There are always so many inspiring moments, I can't help but well up.

But I'm really torn with indecision. I'm addicted to the Olympics and suffer withdrawal when it's over. I like to watch everything. But I also have a book to finish. I'm so close to the end, I don't want to lose my momentum. And people are waiting for it.

But, well, there's gymnastics and bicycle road racing today. And, oh yeah, water polo, so I think I'll just check my email and start those last three chapters tomorrow.
Posted by C.C. Harrison at 9:15 AM No comments: I was recently invited to blog on the fabulous Fresh Fiction website. My comments are reprinted below:

I admire strong women, don’t you? I’m not talking about famous women who have made important world changing contributions to science, literature, medicine or other areas of our culture. I’m talking about the young women of today who set goals, plan their lives, and make intelligent decisions for themselves. Women like Amanda, Tricia and Melissa, the three college students who were with me on the Navajo Indian Reservation as VISTA volunteers. They were smart and sharp, knew what they wanted, and deliberately set out to get it.


But I’m also talking about fictional women. My favorite is Scarlett O’Hara. I read GONE WITH THE WIND scads of years ago, but I will never forget the feeling of empowerment that came over me when time after time, Scarlett stood firm and met seemingly impossible challenges while everyone around her was going to pieces. Remember when she stood in that weather-ravaged potato field swearing she would never go hungry again? It gives me a thrill even now.


And I loved all the fictional heroines of those wonderful gothic novels of the seventies written by fabulous authors like Victoria Holt, Mary Stewart, Norah Lofts, and Phyllis Whitney. When the women in their stories heard all those creepy noises and thumpy bumps in the attic, did they slam the door and run away? NO! They went up that creaky staircase to check it out! I loved that! People joke about it, call those women TSTL (to stupid to live), but I thought then and I think now it took guts to do that. To me, courage is being afraid but doing it anyway.
I’m also talking about the women in my books who I hope readers find inspiring in the courage they show over the course of their story.


In THE CHARMSTONE, set in Monument Valley on the Navajo Indian Reservation, Amanda Bell leaves the comfort zone of her ordinary life in Beverly Hills when she is called upon to travel to a place she’s never been, and where she didn’t know anyone in order to fulfill her estranged father’s last wish. When she arrived in Monument Valley on the Navajo Indian Reservation, a place as foreign to her as if it were in another country, she felt uncertain, out of place, and, yes, afraid. Over the course of the story, she made mistakes that she learned from, overcame doubts and fears, faced mysterious threats, and despite seemingly insurmountable obstacles, persevered.


In RUNNING FROM STRANGERS (due out from Five Star in September), child advocate Allie Hudson finds herself running for her life with a child in her care. She raced across the country to the only person she could trust, hoping he’d forgive her for leaving him practically at the altar. Once there, she endured scorn, uncertainty, rejection, and danger, but she never backed down. She had a child to protect.


In SAGE CANE’S HOUSE OF GRACE AND FAVOR (written as Christy Hubbard, scheduled for release in July 2009 from Five Star), lack of finances propelled Sage Cane, a prim and proper city woman, to relocate to a rough and rugged mining town in a remote area of the Rocky Mountains. She had to learn to survive in a whole new — and to her, impossible — environment. It wasn’t easy, but she found a way to empower herself and the other women in town, and together they turned the entire place on its collective ear. Sort of Girl power in the Old West!


Before beginning that book, I did a lot of research on women who traveled into the historic frontier, and I am in awe of them for the colossal courage they showed in going to a place that was not only new and strange, but dangerous too. Sage Cane is my tribute to them.


Who are some of the strong women you admire, fictional or otherwise?
Posted by C.C. Harrison at 6:16 AM No comments: